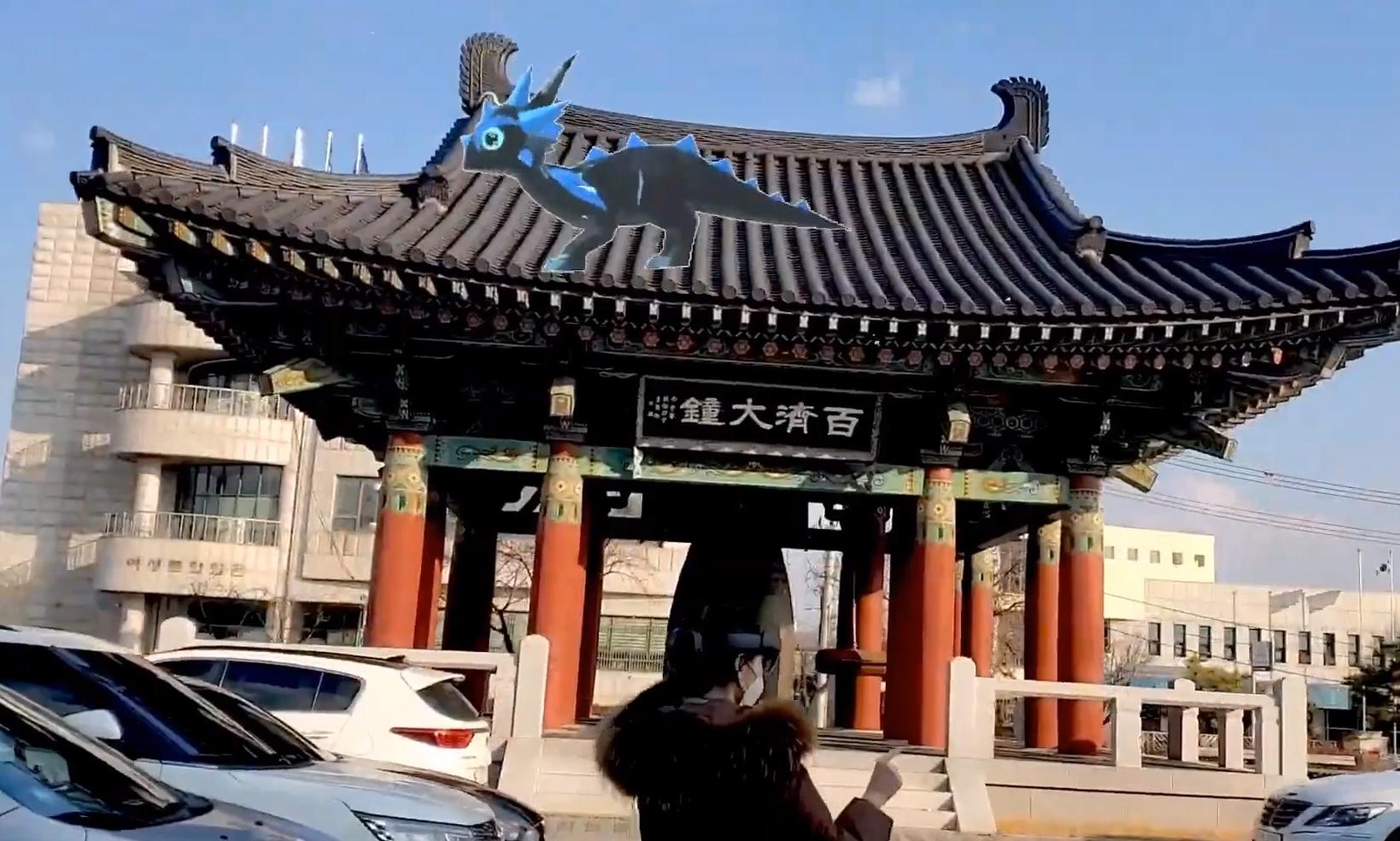 Buyeo (부여) is a pretty, countryside town in South Korea with a slower pace of life and terrific historical sights; it’s compact and walkable, with no buildings taller than five floors high. The former capital of the Baekje Kingdom (18 BC – AD 660) Buyeo has been designated as a UNESCO World Cultural Heritage Site.

Given the historical significance of the town, one of the best ways to increase tourism without disturbing the sites is by incorporated mixed reality. While all existing AR and MR platforms force the users to consume pre-designed content, TwinWorld is all about “user-generated immersive experiences.”

To achieve this goal, DoubleMe will provide TwinWorld, its social holographic reality platform, and headsets such as the HoloLens 2 and Nreal to students and other community members in Buyeo. This will allow citizens to design and share mixed reality content such as 3D models, texts, videos, and audio with other users. music: bensound.com