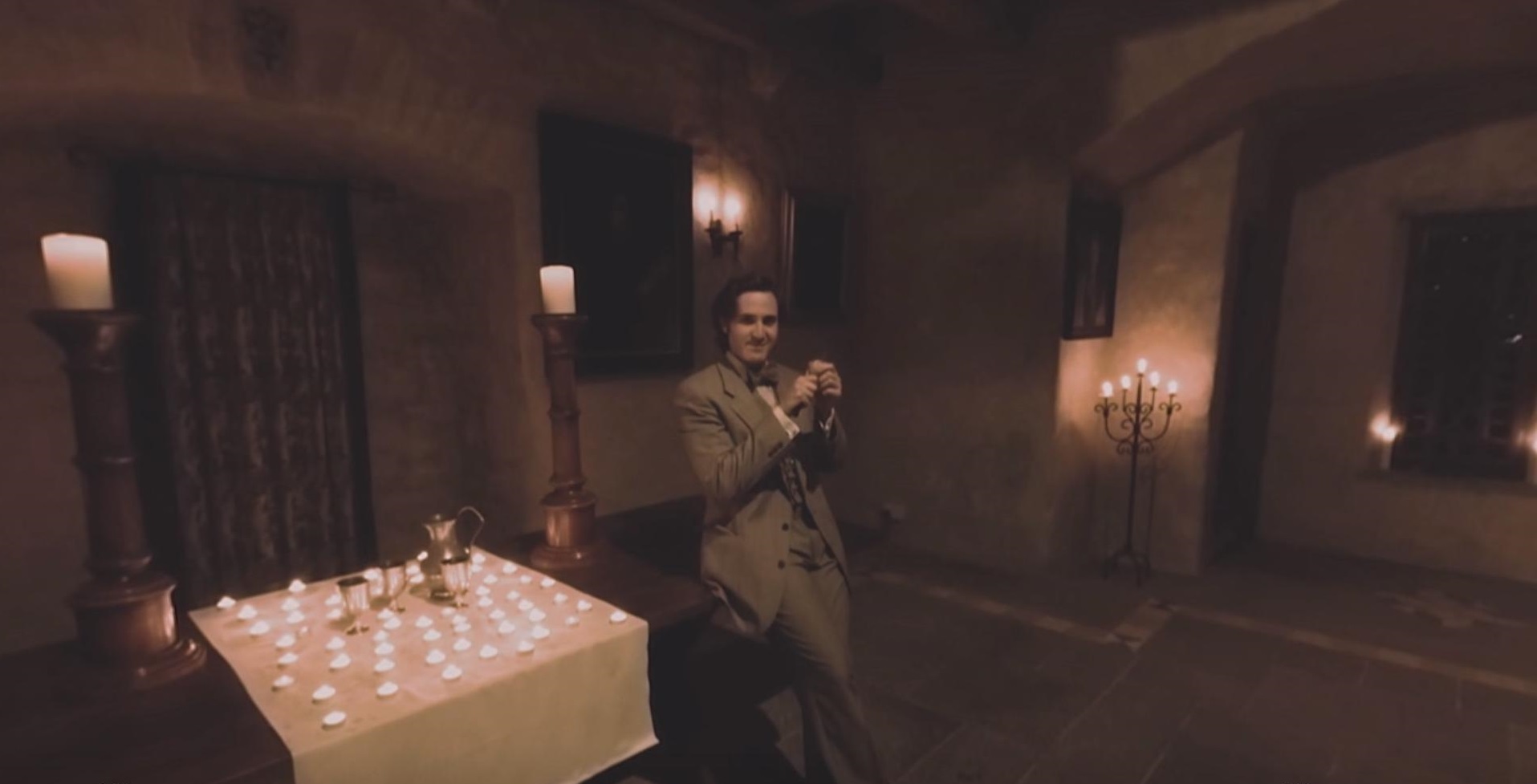 Step into Hamlet’s mind as his faith in humanity erodes and he unravels his philosophy of wonder, loss, and madness. A whirlwind of spectres and omens descend, stretching the very fabric of reality. Is this a vision of the future–the work of Hamlet’s ‘prophetic soul’–or just another bad dream?

Immersive specialists ROLL THE BONES team up with London’s VR City and, with production support from The National Theatre’s Immersive Storytelling Studio, bring a vibrant 360 exploration of Shakespeare’s masterwork to life. King of Infinite Space is auxiliary to ROLL THE BONES’ “Hamlet in the Golden Vale”, an award-winning feature film of Shakespeare’s “Hamlet”, shot on location in a 500-year old Tudor castle tucked into the Irish countryside.