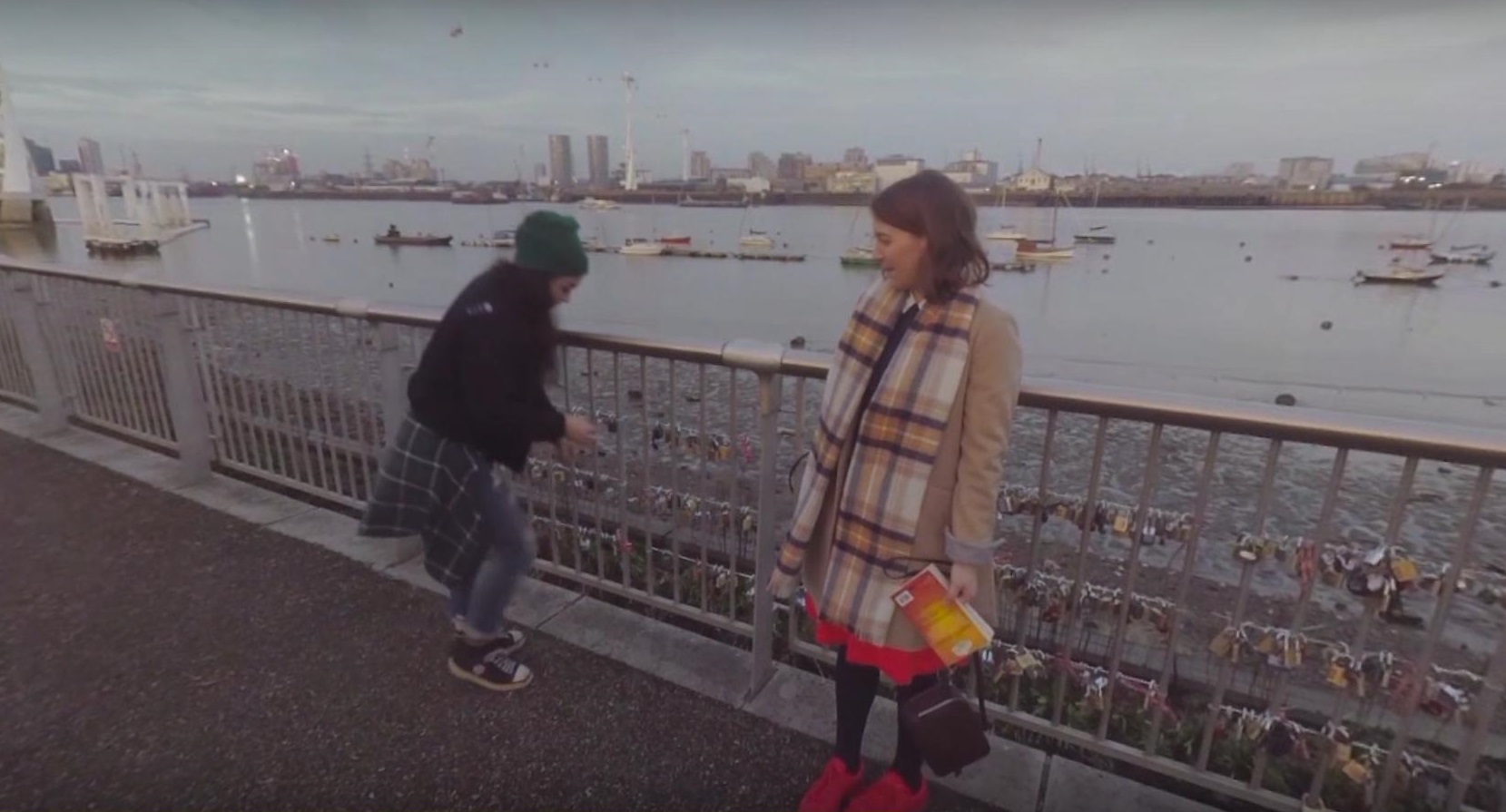 A 360° VR (virtual reality) film. London riverside railings, covered in love locks, two very different women meet by chance. They argue and tease each other about love; one is desperate to move on (Eve, played by Natacha Karam, NBC’s The Brave), the other is stuck in the past and unwilling to let go (Coley, played by Gemma Whelan, HBO’s Game of Thrones). Directed by Alex Rühl.