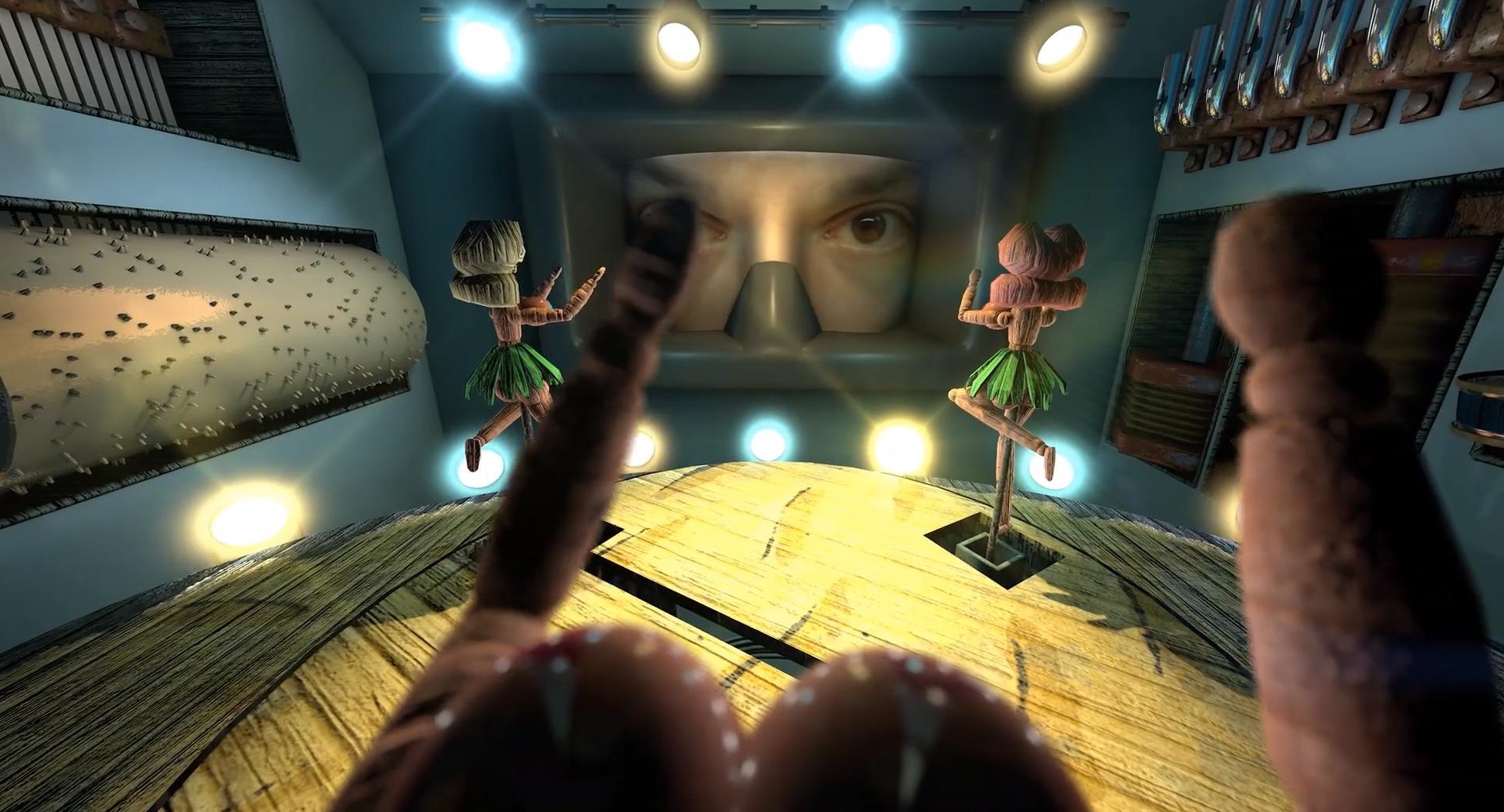 EXTRAVAGANZA is a virtual reality film that mixes 3D animation and live-action footage in a bitingly funny satire. You are a puppet trapped in a stunningly offensive puppet show, performing for a clueless executive.

Confronted with his obvious blind spots and prejudices, EXTRAVAGANZA asks: can technology change society for the better, or does it just magnify our worst traits in new ways? Starring Paul Scheer, John Gemberling, Will Greenberg, and Annie Tedesco Written & Directed by Ethan Shaftel with Design & Animation by Frank Stringini.