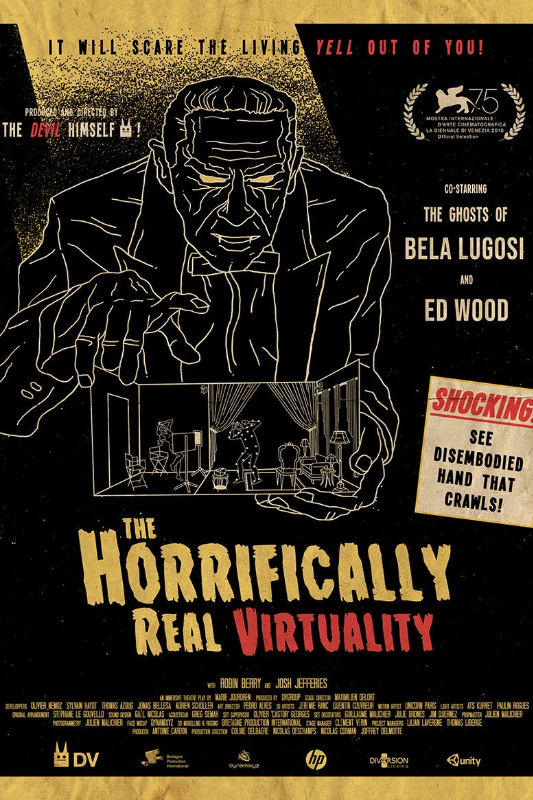 The Horrifically Real Virtuality paints an introspective portrait of the emerging art of VR, and aims to evoke, with tenderness and self-mockery, its relationship with Cinema.

The Horrifically Real Virtuality summons the ghosts of Ed Wood Jr. (allegedly the worst movie director ever) and ageing B-movie star Bela Lugosi (the first and legendary on-screen Dracula) as they reunite to shoot their final masterpiece, starring Lugosi as a character with the ability to access a parallel dimension: the Real Virtuality, in which he encounters humanoids from another time and dimension – the audience. Credit: DVgroup